Local large-format printer brand AM.CO.ZA, which is operated by Advanced Machinery (Pty) Ltd has achieved high performance levels in a recently conducted independent poll of inkjet printer manufacturers/suppliers for Q1 and Q2 2021 in the South African market, this despite the set-backs caused by the COVID-19 pandemic and the negative impact it has had on the global economy.

Twenty two companies are active in the printer market in South Africa and in total achieved sales of 1036 units in the first two quarters of this year, with 492 units sold in Q1 and 544 sold in Q2. As would be expected, the big five manufacturers all achieved high levels of sales. These companies included HP with 235 and 187 units per quarter, Canon with 51 and 69 units, Epson with 40 and 114 units, Roland with 61 and 49 units and Mimaki with 37 and 65 units.

As is to be expected, the largest international manufacturers achieved the highest sales with more than three-quarters of the total sales in the period being sold by these manufacturers. However, when looking at the overall number of sales, it is apparent that an increasing number of companies are looking for suppliers who fall outside these big five manufacturers. The main reason for this is cost. Availability is another big factor resulting directly from erratic supply chains as a result of the global restriction on travel and transport.

Eric Yin, managing director and founder of Advanced Machinery, the holding company for AM.CO.ZA, said that many printers simply cannot afford the cost of the equipment supplied by the major global manufacturers. He commented, ‘The imported equipment has a high-price because of where it is manufactured, the reputation of the manufacturer and finally the high exchange rates to the South African Rand. This makes smaller manufacturers more cost-effective for these customers. This is where we offer even greater advantages due to the fact that we assemble our printers locally. This not only reduces the cost of the manufacturing but also means that high international transport costs do not have to be factored in.’

AM.CO.ZA specialises in vinyl printing and cutting devices which fall into the large-format market segment. For the sake of clarity, large-format encompasses all sizes of printer over 64-inches in width (about 1.6 metres). When considering this factor, it becomes clear that more local printers opted for devices from the local manufacturer than any of the leading global brands. Large-format printers accounted for 323 of the total 1036 printers sold in Q1 and Q2, which put AM.CO.ZA firmly in first place, with Mimaki (62), HP (56), Titan Jet (44) and Roland (33) following.

Eric added, ‘Seeing these results really surprised us. We knew that we had achieved a reasonable percentage of the sales in the printer market during the first two quarters, but we had no idea that we were the leading supplier. The volume of interest in our printers during the first quarter of 2021 far exceeded our ability to assemble and supply the printers, but we were hampered by our ability to get the components we needed to keep up with demand due to the restrictions on international movement. The second quarter saw an increased volume of orders because we had been able to acquire the necessary parts and components and were able to manufacture the printers and meet the needs of our customers.’

The South African large-format printer market has grown above and beyond the expectations of local suppliers. This has been due, in part, to second and third orders placed by existing users, but also due to the growing number of new entrants to the market. While existing users are most likely to purchase their second and third orders with the same manufacturer in order to have consistency across their production plants, new entrants to the market will be more conscious of price while at the same time looking for reliability, quality of manufacture and after-sales support with easily accessible consumables.

This is where AM.CO.ZA is able to offer a competitive edge. Not only are its printers assembled using leading international components and using high-end consumables, but they are available at a fraction of the cost due to the fact that they are assembled locally. Quality control receives work-class focus and attention to detail ensuring that the printers are of the highest quality and standards when they arrives at the customer. Another factor which influences the purchasing decision is the capability of these printers to handle all of the high-end production achievable on the devices from the global market leaders.

Eric stated, ‘Our printers are certainly capable of matching the productivity, quality and output of the more expensive internationally manufactured machines. Our customers directly benefit from the lower prices we can offer – without the need for us to offer discounts – as well as, the quality and reliability which they need in order to ensure that they remain productive.’

While the quality and capabilities of the printers are important factors driving their success, there is another element which makes these printers attractive to first-time purchasers – they come a raft additional features and benefits. The first of these is the VinylCut software which is used to drive the printers and for the design and manipulation of items to be printed. It is easy-to-use and quick to learn making it ideal for newcomers to the market. Software updates are readily and freely available for customers who buy printers from AM.CO.ZA. In addition, users are given access to a range of pre-loaded designs as well as, case study and tutorial videos loaded by other users on the Ambitious Machinery website which is owned and managed by Advanced Machinery specifically for customers who have purchased printers from AM.CO.ZA.

As the local and global economy stabilises with individuals and companies looking for opportunities to develop new revenue streams, the growth in the installations of large-format printers is expected to increase. For local printers the ability to source quality, reliable and cost-effective locally produced printers is a distinct advantage. And, when you consider the range of additional features which come as standard, these printers speak for themselves. 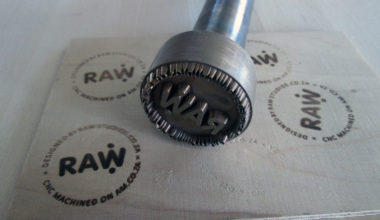 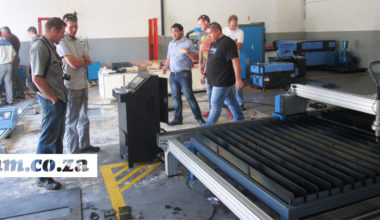 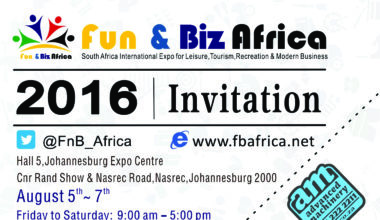 Read More
Advanced Machinery is inviting you, our special customer, to the Fun & Biz Africa Expo, taking place at Nasrec Expo Centre from the 5th to the 7th of August, 2016 in Johannesburg.
AAdvanced Machinery (Pty) Ltd 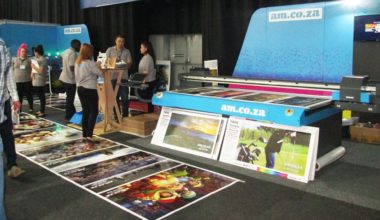